Ed McVaney Taught Me How to Think. 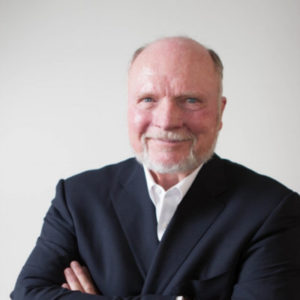 “Bottom Line Up Top!” he would say. “If you can’t fit it on a postcard, you don’t know it well enough.”

Ed McVaney rose from humble Nebraska roots to become one of the founding fathers of modern business software.  He was the “Edward” in J.D. Edwards, Inc.. He was also a co-founder of CaucusRoom, and he authored our online community’s statement of principles: The CaucusRoom Community Values.

Last week, Ed left for Heaven, which I believe is a very short journey from his ranch near Silverthorne.

If success proved elusive, he consumed the learning experience as if he’d been served a juicy steak. I was one of the many people that Ed that took into his shop and tuned up. I entered as a hapless politico and technocrat, and I graduated as an inspired entrepreneur.

Get to the Point

Ed often apologized for being “terribly dyslexic” when someone sent him a long winded email. It was a gentle admonition disguised as self-deprecation: Get to the point. Don’t just get to the point to save everyone time… distill your thinking until you are sure of The Point. If the email I drafted to Ed was more than a sentence long, I tried to revise it. Often those revisions led me to answer my own question before I hit “send.” Try it the next time you need to write your boss an email.

Ed would take a massive foundational document, such as the Bible, and raise the challenge: “Summarize this on a postcard!” “What are the most important points you can’t leave out?” “What if you could only summarize it in a sentence?” “In a single word?” “Now do the Constitution.” When the dust settles on such an exercise, you discover things about the subject and about yourself that you never could have known otherwise. You can explain it better to others, which means you can pass it along to future generations.

Spending $10 to Justify Another $1

When Ed fixed up a project, or a person, everybody could see the difference. One year Ed made a relatively modest donation (well, modest for Ed) to a group that he’d supported for years. A few months later he realized the group’s results were pretty awful. It troubled him deeply, because the cause was important to him, and he did not think more money was the solution. He then proceeded to spend more than ten times the amount of the original donation, and hundreds of hours personally, to figure out what they should do better.

As we plodded forward, friends and colleagues thought he was crazy. But it worked! When the group returned to ask for another donation, they received it (the same amount as before), along with demonstrations on what to do better. They accepted. The group raised twice as much money as the year before- millions of dollars. Their results were incredible, and the improvement was obvious. Two years later, that group doubled their fundraising again.

The idea for CaucusRoom came to me after several rough “deep dive” meetings with Ed and friends in December, 2018. We knew that something was deeply askew for conservatives. The left was so loud and angry, making conservatives feel isolated and alone in their community. There was no donation to a nonprofit that could fix it. All kinds of wild ideas went on the board, but the frustration mounted. I sat at my desk and I boiled things down, Ed-style. One word: “Encourage.” One Sentence: “You are not alone.” A postcard: “Conservatives need a way to find each other. We’ll start an online community for conservatives to gather, encourage and engage locally.”

“You are thinking clearly,” he said. This was Ed’s highest compliment.

“You taught me how,” I replied.

Ed distilled his own purpose in life to one sentence, as you might expect. What made him wake up every day? Why did he continue to give, to build, to mentor, and to defend the American Experiment?

“Because I love my grandchildren.”

What’s your one sentence?